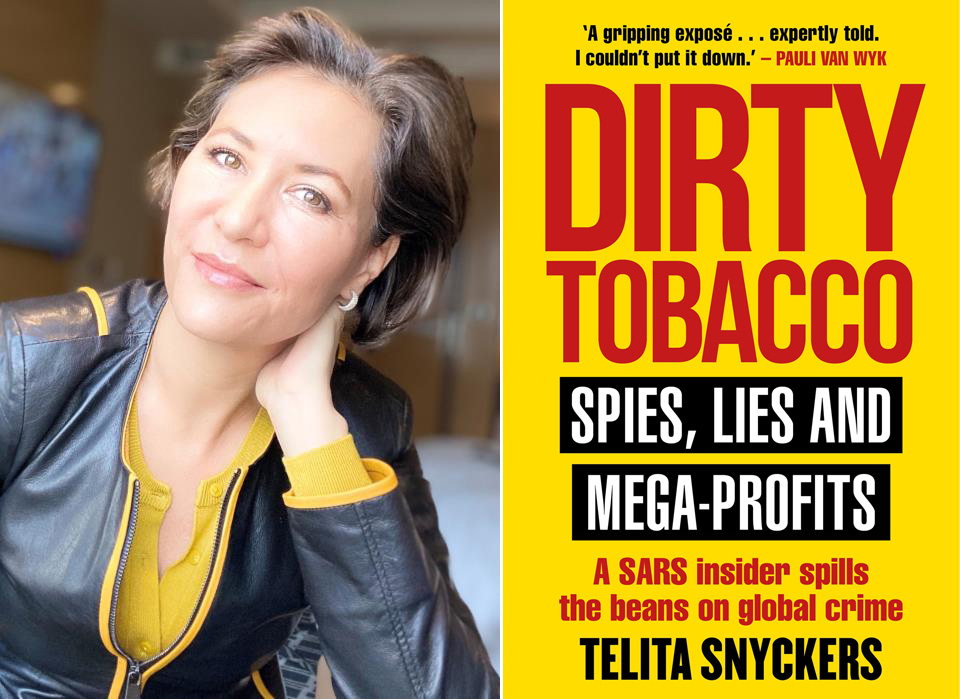 What is more profitable than cocaine, heroin, marijuana, or guns? Illegally trafficked cigarettes. Of late, illicit tobacco has been in the headlines, but it is an insidious black market that long predates the Covid-19 lockdown and has tentacles reaching into many corners of South African society.  Reputable tobacco companies have for decades been complicit in cigarette smuggling, which costs the country R7 billion in lost taxes annually.

Former SARS customs lawyer Telita Snyckers has written an expose of the tobacco industry documenting how big tobacco itself was caught redhanded, and exploring not only why a listed company would want to smuggle its own product, but also how it was done.

Snyckers worked closely with Pravin Gordhan and Ivan Pillay during her tenure at the South African Revenue Service (SARS).  She was admitted as an attorney of the High Court and holds a masters degree in Constitutional Law, as well as diplomas in exchange control and money laundering.  Her book Dirty Tobacco (Tafelberg:2020) is available at all good book stores.