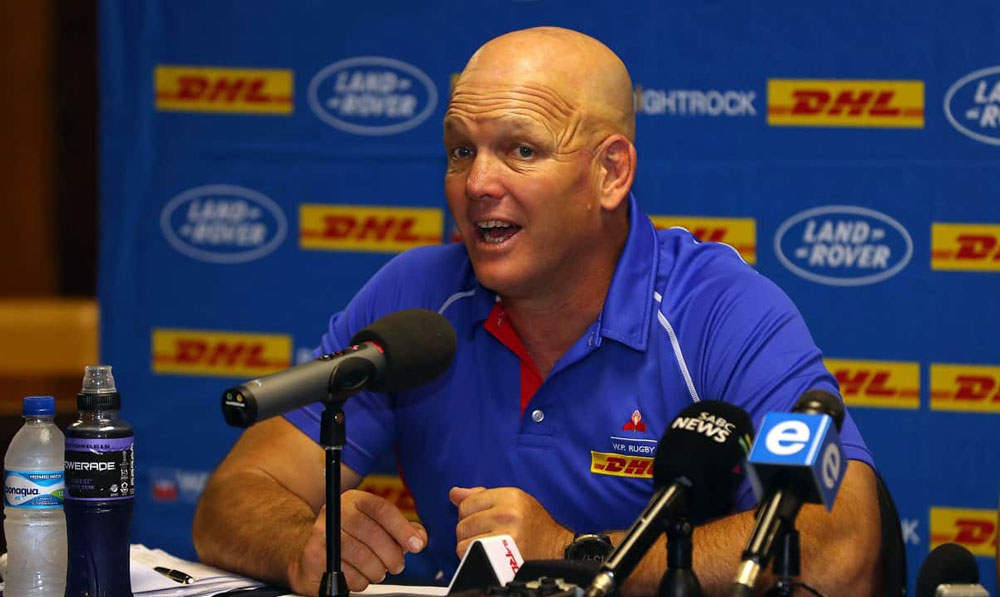 Stormers Coach John Dobson – How we won the World Cup, rugby transformation and the way forward

John Dobson, newly appointed rugby coach of the Stormers has’ lived rugby’ all his life having been raised by a father, who is regarded as South African rugby’s most revered historian, Paul Dobson.  After leaving UCT, Dobson joined a team where he was the only ‘white’ player for several years, in the non-racial old SARU before he took up coaching. He has won the WPU21, WP Vodacom Cup and the Currie Cup.

John Dobson is not your average professional coach, has five university degrees and has written three books, quotes from Shakespeare and is a disciple of Dylan Thomas! And will be coaching 7 of our victorious Springboks in 2020

Dobson will address the Cape Town Press Club at its ‘end of year’ function on ” How we won the World Cup, transformation in rugby and the way forward … .”