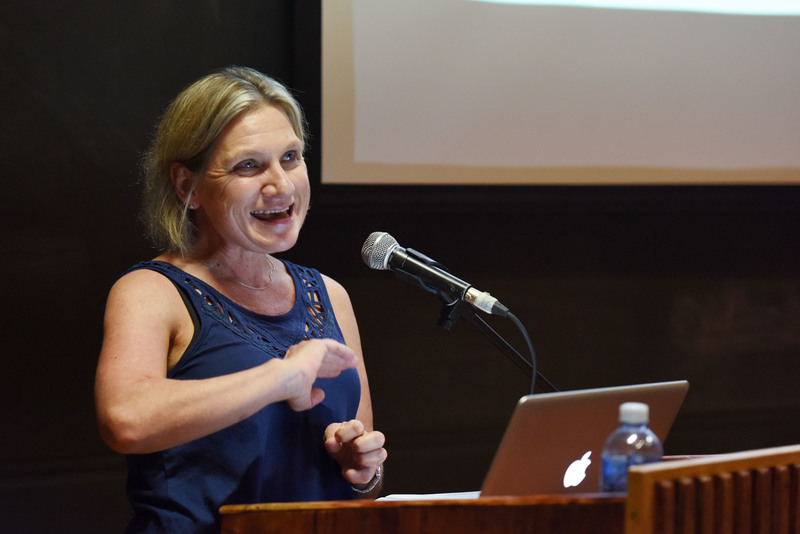 We are pleased to announce that this year’s BARRY STREEK MEMORIAL LECTURE will be delivered by Pippa Green, South Africa’s new Press Ombudsman.

How do we keep the media free? The role of self-regulation and the Ombudsman.

The freedom of the press is crucial to our democracy, and yet it is perennially under fire. The ANC has repeatedly pushed for a Media Tribunal to replace the current Ombudsman of the Press Council of South Africa. Meanwhile, the Independent Media group withdrew from the ombudsman system some years ago.

Making the case for self-regulation and the role of the Ombudsman is newly appointed Press Ombudsman, Pippa Green – the first woman to hold the position.

Green was deputy editor of the Sunday Independent and the Pretoria News, and head of Radio News at the SABC.

She was awarded a Nieman Fellow at Harvard University (1998-1999) and a visiting Ferris professor position at Princeton University (2006). She is author of “Choice not Fate: The Life and Times of Trevor Manuel.” (Penguin, 2008), which was shortlisted for the Alan Paton Award.

She headed the Journalism Programme at the University of Pretoria from 2009 to 2014, when she moved to Cape Town. From 2014-2019, she worked with the Research Projecton Employment, Income Distribution, and Inclusive Growth (REDI3x3), based at UCT, which investigated ways to combat ongoing unemployment, poverty and inequality, and worked as a part-time news-editor in the EWN newsroom at Cape Talk. It was here she worked on the podcast series, History for the Future, comprising interviews with former Truth and Reconciliation commissioners on their reflections on the strengths and weaknesses of the TRC and their thoughts on reconciliation in South Africa two decades.

PLEASE NOTE: THIS FUNCTION WILL BE IMMEDIATELY FOLLOWED BY THE PRESS CLUB AGM

We urge members to attend the AGM as decisions crucial to the future of the Cape Town Press Club will be taken at this meeting. These include resolutions to get the Press Club legal status as a Non-Profit Organisation and a restructuring of the membership categories. A separate note for the AGM has been sent to you.